‘India can send a rocket to Mars, and it cannot provide an absentee ballot?’ 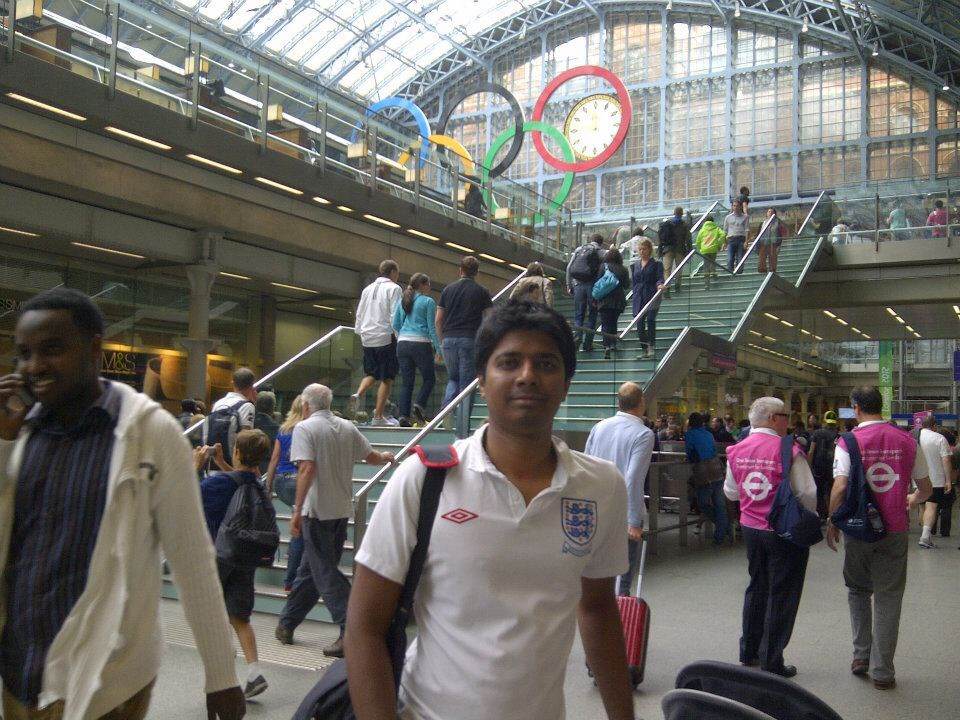 Nagender Chindam is, by his description, a “normal guy”. An average Non-Resident Indian living an unexceptional life in the town of Milton Keynes, 72 km northwest of London.

In January 2014, though, the Chindam did something exceptional: he went on a three-day hunger strike in central London, protesting the Indian government’s failure to introduce absentee voting for NRIs.

Absentee voting  is something the 32-year-old IT consultant has been fighting for in the last two years. In 2012, he had co-founded the NGO Pravasi Bharat to campaign for postal and online voting rights for Indian citizens living abroad. The hunger strike was a step-up from his earlier activism on this front. For Chindam, who says he cannot “go more than a few hours without rice”, it was quite a challenge.

Originally from Hyderabad, Chindam has worked in the UK as an IT consultant since 2009. He says his campaign is inspired by the peaceful protests of Mahatma Gandhi. At the time of this interview,  Chindam was in Hyderabad to press his legal challenge against the Indian government. He might be running out of time, but Chindam hopes he will be able to cast his vote for the Lok Sabha elections from UK when voting opens. Excerpts from an interview recorded on Skype:

You made headlines in January with your protest in Tavistock Square in London. Why does the issue of absentee voting matter so much to you?

In any democracy voting is important. The future of the country depends on whom we elect, their policies. In January we took a bigger step. That was our last option. We’ve been struggling for two years. We started with writing petitions, collecting some signatures, creating online petitions, and then we demonstrated in London in front of the [Indian] High Commission. Since we haven’t got any response, after a couple of months we marched in London from Tavistock Square to Indian High Commission building. We marched in huge numbers.

We were concerned about India even though we are living abroad. After the march we thought we’d receive a reply. Unfortunately we didn’t get any reply from officials  in India. Then we approached the Supreme Court of India in February 2013.  We have full faith in justice system, but things are a bit slow because of the number of cases the honourable court deals with here. It might take another one year or so [for the case to be heard].

Why we thought it was important at this juncture is that we have general elections. So we thought we have to raise our voice stronger. We’ve been following all peaceful methods available in a democracy, and we have been following in the footsteps of Mahatma. We are very small compared to Mahatma Gandhi but we have been trying to follow his methodology. So first we did demonstrations, then we did march, then we approached justice, and the final step was to go for a fast.

So it’s basically some kind of bigger step. Three days staying hungry for a person like me who cannot live without rice for a couple of hours. So it was a kind of daring decision. But fortunately three days with the support of our members and all our supporters around the world and their messages, I was able to fast for three days, I was on water. And that sent some kind of strong signals on how much concerned we were about our nation even though we live abroad.

Were you surprised at the level of support you got for your action?

I was really surprised because when we started we were just a couple of guys and it started growing, growing and growing. And in January when I fasted I received messages from around the world. People staying in Dubai, Middle East, people staying in America, Canada, they sent messages to Pravasi Bharat. And there are certain encouraging messages like one person who was staying in Netherlands. He’s an Indian. He is about 75 years old, and in 1970s itself he raised his voice. He discussed with the government and he sent proposals, but it hasn’t gone far. He started appreciating us. So those kinds of words encouraged us a lot. Honestly, I am totally surprised because I am just a normal guy like anyone, just doing day-to-day work, living on my salary.

Every democracy in the world, including developing nations like Pakistan, Indonesia, and the developed nationals like Canada, America, UK, Germany, all these democratic nations have provided an absentee ballot for citizens abroad. They accepted this fact, this is a globalised world, people are moving across the world because of profession or studies or further scientific advancements. Everything is not available under one country, so people are moving across. So these major countries including Pakistan have realised absentee ballot is something genuine.

Being the largest democratic nation, we talk about democracy in our day-to-day life and we the citizens of India are staying abroad for a reason and we would like to come back. It’s not that everyone who goes abroad will stay there forever. We are not talking about the people who are settling there or who are taking the British passport. We are only talking about the people who hold Indian citizenship.

India being such a scientifically advanced country it can send a rocket to Mars, and it cannot provide an absentee ballot or just a simple software? It’s possible, but somewhere something is lacking.

What are you doing in India at the moment?

I was here for our second hearing in Supreme Court, because in the first hearing the honourable court has issued notices, in second hearing court has asked explanation from the Election Commissioner. I thought on second hearing we would get some concrete explanation. If they don’t want to do, I thought we’d get the reasons why they can’t do. Or if they want to do, how and when they’ll implement. With that great hope I came here. The thing is the Election Commission has asked for four further weeks of time to file a proper response. So it’s been about four, five weeks. So we’ll be getting another hearing soon so we are hoping for the best.

Are you hopeful about the campaign?

I am a very positive person. There are elections soon. If we miss [this now], we have to wait five more years. I have hopes of Supreme Court. The district-wide elections [in Andhra Pradesh], there was a case pending in Supreme Court for long. The Supreme Court just last week asked the Election Commission to conduct these elections before the general elections. And Election Commission came back and said it would be very tough because they are preparing for the general election. It would be very tough, it involves lots of effort. But the court said no, no, no, we are capable, these are Supreme Court orders, you have to do it by this date. So within next two weeks they are conducting elections in the state of Andhra Pradesh.

Do you see any opposition inside India to absentee voting – people who think that if you don’t live in India you should not have the right to vote?

I have experienced this when I’m talking about voting rights. Some people say “you guys already left the country”. Most of the people are under the impression that “you guys are not anymore bothered about the nation, that’s the reason why you guys left”.

There are big names like Laxmi Mittal, who still holds a passport and he is one of the richest guys in Europe. Amartya Sen, he is a Nobel laureate. He still holds an Indian passport. He came back here, he contribute a lot.  So I explained, but sometimes, yeah, I feel some kind of opposition as well.

Are you planning more events for your cause in London?

We have done most of the peaceful things we can do. Only thing we’ve left now is indefinite fast. That will not be our option at the moment. I am hoping positive hopes that government will implements this soon. So we’ve no need to do more fasts or more demonstrations. I hope the government has received our message. The only thing now is they need to act. I don’t think there is other pressurising required. Our case is in court. We will wait for a couple of hearings and we are hoping for the best outcome from the Supreme Court.

You can imagine it’s not a simple thing. [NRIs have] 10 million votes, 15,000 votes per MP constituency. There are certain constituencies who will win by about 5,000 or 6,000 votes. So if we win this case, these 15,000 votes will play crucial roles in at least 50 of MP constituencies, which can change the dynamics of the entire political system. So it’s a big project and it’s not a small thing if we achieve. I hope so. I’m praying to God we’ll get there.

This interview has been condensed and lightly edited for clarity. A version of this appeared on rediff.com.

Share this Story
Previous: Some things you wanted to know about the elections but were afraid to ask
Next: I stand beside the candidates. I wear the red tie that MGR wore. If people come and shake hands, it means I have made my presence felt