Indians in UK want new government that will bring change

by: Adele Couchman and Confidence Uwazuruike April 14, 2014 in DIASPORA Leave a comment 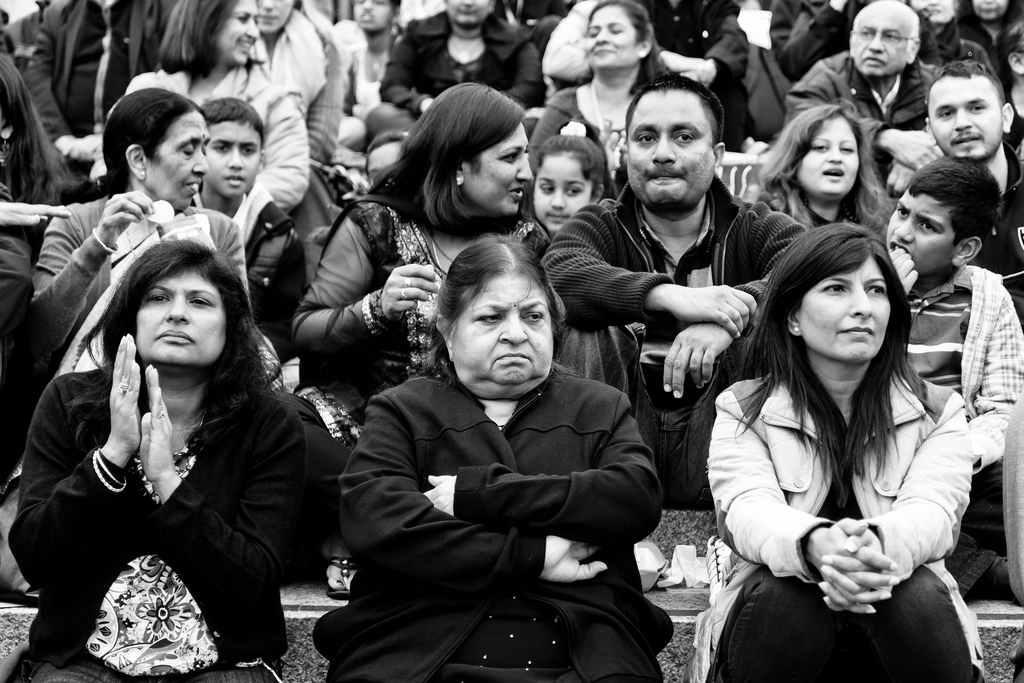 Indian citizens living in the UK have decried the state of affairs in their native land and hope a new government will improve the people’s lot.

Kavita Vachaknavee, freelance writer and examiner at the University of Cambridge, who hails from Yamunanagar, Haryana, and has been living in the UK since 2011, said: “This election will dictate the direction the nation takes. As an Indian living abroad, I am ashamed of the negative influences in my motherland, especially the crime rate, which is increasing rapidly.”

India’s most famous political dynasty is clearly threatened by the growing support for the Bharatiya Janata Party’s Narendra Modi and the Aam Aadmi Party’s Arvind Kejriwal. “What we have at the moment are politicians who care more about their family than the people,” said Vachaknavee. “The BJP appears to me a strong and uncorrupted party dedicated to the nation.”

Minita Patel, head of operations at Global Explorers, grew up in Gujarat but has been living in the UK for 33 years. She said: “For me, the BJP is the only political party ready to take India forward. The Congress has shown itself to be a corrupt, dynastic party held back by tradition and family. It’s time we let a new government change things.”

Not everyone believes the BJP and Modi are incorruptible. Many continue to see Modi as a polarising figure who has a case to answer regarding the mass killings of Muslims in the Gujarat riots of 2002. But he and his party are being seen as the only real alternative.

Pardip Kumar, 46, actor and activist, said: “Modi is basically a nationalist. Though he has been accused of involvement in the massacre of Muslims no one has been found guilty.”

Kumar said the elections would be close. “Modi has a good chance,” he said. “There isn’t an alternative. Nothing is new; it’s the same thing repackaged.”

Modi’s popularity has soared on his perceived performance as chief minister of Gujarat. “We have seen the immense progress Modi has made in Gujarat,” Patel said. “There is now more manufacturing and more international companies than ever. The entire nation is looking at that state. Who is to say he can’t do this for India?”

Others, however, remain unconvinced. “Gujarat has always been prosperous,” said Vishal Jain, a technical consultant from Agra, Uttar Pradesh, residing in the UK for the past five years. Jain’s home state has 80 seats in the Lok Sabha. That is where Modi has to make the most impact if the BJP has to win at least 200 seats in Parliament. “Many forget that the people of Gujarat have always been talented, educated, and hardworking. Development there has had more to do with these people, not Modi,” he said.

The ruling Congress, meanwhile, has been tripped up by corruption, the treatment of women, and promises that the party failed to keep. “Congress has not done a lot of what it promised to do,” said Kumar. “It concentrates on big players on the international stage and forgets issues at home. Not only is the economy suffering, corruption is endemic.”

But people like Jain believe the BJP is as much to blame. “For too long now both the BJP and the Congress have been making promises, yet only 20% in India are literate and so many are still struggling for a livelihood,” he said.

“For decades Congress politicians kept billions for themselves and did the absolute bare minimum to help the poor. The BJP never spoke up against this corruption strongly when given the chance. If they had, the Congress would never have got away with all the money it has stolen,” he said.

Rima Amin, a freelance journalist whose family hails from Gujarat, said:  “India’s development is impressive but I will be more impressed when India’s people can have strong infrastructure supporting their basic needs. The truth is, poor, densely populated, disease-ridden areas still exist and India’s leaders, be they from the Congress, BJP or anyone else, need to help them.”

Jain said the country needs a leader who is focused on democracy and delivering equality for the people, by the people. “For me, Arvind Kejriwal is the only leader who will do this.  AAP will provide a transparent system that will spend money on the development of India, not [on creating] politicians’ wealth,” he said.

For many, improving the state of women’s rights in India is pivotal to this year’s election. Vachaknavee said: “As soon as I set foot in my home country I feel insecure. As a woman, I find it much more comfortable and safe here in Europe.”

Amin hoped the international outrage following the Delhi rape case of December 2012 had compelled India’s politicians to look deeper into the rights of women. “Human rights are fundamental and must come before all else,” she said. “India needs to ensure processes are in place to make this happen.”

Radhika Dave, a student at Bradford University who also hails from Gujarat, said: “I was shocked to hear India ranked as the fourth most dangerous place in the world for women. People have awareness of women’s rights now and with recent incidents that have shaken the public, none of the parties can ignore this issue.”

However, with the 25 million Indians living abroad unable to vote in the general election, only those resident in India will have the final say. What will they decide?

Photo: Dean Ayres via Compfight cc. NRIs at a Diwali celebration in London

Share this Story
Previous: ‘I voted against communalism, dynasty politics, corruption’
Next: The not-so-subtle art of Tamil slogans

Where 30% of AAP’s campaign money came from, how it was raised

Indian students in England look for change, lean towards Modi