by: Vignesh Jeyaraman Sharma May 5, 2014 in INDIA SPEAKS, REDIFF.COM 2 Comments 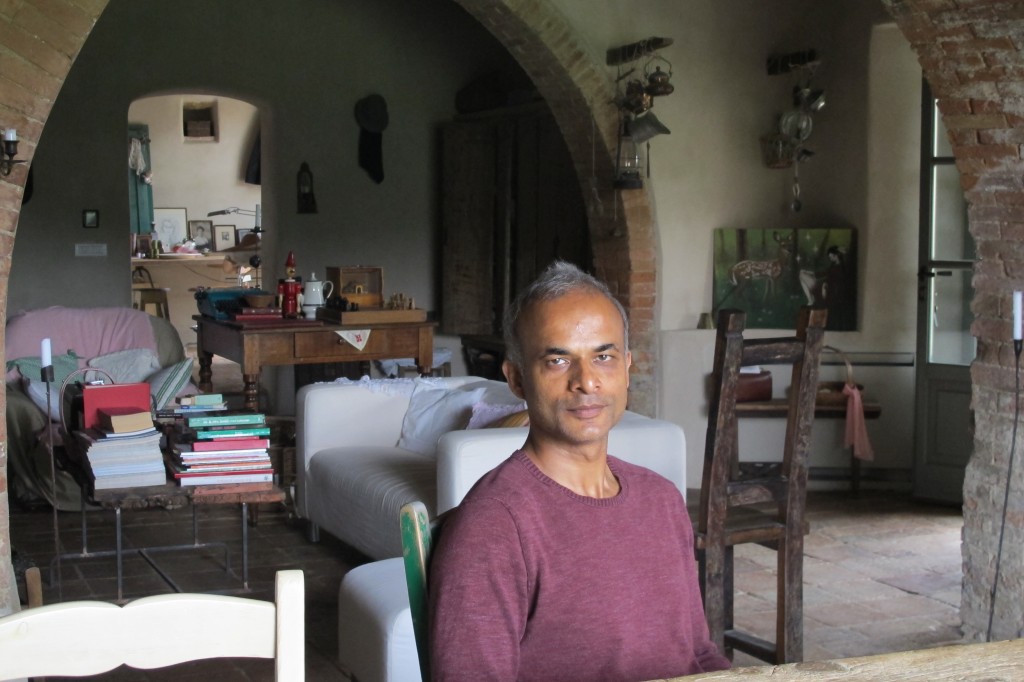 For me, elections assume different forms. At one level they are the revenge of the poor. Everybody talks about corruption; the branding of corruption is very strong. But the real voter is different from what political observers and the middle class perceive. He has issues more important than corruption. He is willing to condone corruption if he is impressed with the politician. Some even see it [corruption] as smartness, maybe as a sign of the ability to get things done.

I strongly feel that the AAP [the Aam Aadmi Party, which came into being in November 2012 as an anti-corruption party] has changed the political scenario more than the media realises and sometimes even more than they [the members of the AAP] themselves realise. They were exactly what people wanted, but the BJP [Bharatiya Janata Party] has managed to control most of the mainstream media very efficiently. Recently, a survey stated that Arvind Kejriwal [the founder of the AAP] has more media coverage [than Narendra Modi, the BJP’s prime ministerial candidate]. This is just media spin. Kejriwal has got a lot of bad publicity, which is not exactly the same as publicity. So if one is trying to spin media statistics, saying that Kejriwal has been favoured by the media, it is absolute rubbish. What Kejriwal has done is pressurise political parties to transform. For the first time, members of political parties who are corrupt and thug-like are being perceived as probable liabilities. This in itself is revolutionary.

The reason why all this is happening, in my opinion, is because the lure of emigrating abroad has died down. Culturally, a lot of Indians are happier living here than in the First World. By culturally, I mean India’s social pyramid, in which the middle class has a protected and cushy life. This has made ‘home’ very important. The middle class has a great power to disseminate information. Everything from cricket to culture to information has percolated the social pyramid mainly from this class. The need for meaningful politics is a middle class requirement. That is where this revolution began.

The ‘Modi wave’ as Narendra Modi’s popularity has been tagged, was first an exaggeration. But the media has succeeded in creating a wave. If one says there is no wave surrounding a person, it means that there is one. The ‘wave’ is an ‘investment’ in media. Not all media, but yes, a bit of it. And I am given to understand that Rahul Gandhi [the vice-president of the Congress party] had a strategy of governance that included alienating opportunists and cleaning up the system to some extent. This ensured that many businessmen went directly to Modi, instead of playing both cards.

Which brings us to the role of the regional parties. In the 2009 Lok Sabha elections, more than 350 parties contested. To some, this may seem a nuisance since it creates a lot of confusion for a national-level government, but the regional parties actually represent various factions and sections of society and serve as a pressure valve. There are no major uprisings in India because every group feels that it is politically represented — except for women. This is strange, because women constitute 50 per cent of society. All the other groups have a fair representation. But these ‘divisions’ lead to coalition politics.

Because Uttar Pradesh and Bihar form a large chunk of north India, the whole concept of what constitutes national interest is a bit skewed. I am from the southern part of India, and when I hear people talk about national politics, they largely talk about these two big states. This misconception has singlehandedly destroyed the concept of national politics. [Atal Bihari] Vajpayee [the former Prime Minister of India] once said, you cannot become a prime minister if you don’t pass UP. But this false perception has to change.

I think people vote because they strongly believe that it is important to do so. I also know that a section of society feels that voting is not all that important. Take Mumbai as an example. Most residents of Mumbai are migrants and the middle class, who live on rent and so have no ‘stake’ in the city. So they do not turn up to vote. It is all about individual personal gain. But this election has seen a considerably large voter turnout than the last one. Not because people have become more intelligent in the last five years, but simply because more people think it is important to vote. There is greater political consciousness this time around.

However, while the middle class and social media users have created a lot of noise that one might perceive as growing political interest, the majority of Indians are poor. We do not hear their voices and they are ones who NEED the government. So for the common man and woman, the most important aspect of an election is being able to pick the person who serves his or her interest better.

You and I can say, “Yeah, yeah, we need the government too,” but the poor man’s whole livelihood and quality of life depends on the government, from hospitals to schools to everything. The poor cannot live without the government, so their stakes are very high. They want quick improvement to their lives or at least a promise to that effect. This factor has always existed, though it is fulfilled very rarely. Yes, voting also involves communal factors, caste factors and so on, but increasingly, the caste factor is making less and less sense to the Indian voter.

What amuses me in this election is that the Muslim population of India is a state secret. It is presumed to be around 190 million, and that of all the political parties in the country, only the [Hindu nationalist] BJP is assured of the contempt of this huge chunk of the population. Yet it is also the BJP which is expected to win, though I am not entirely sure about that. I want to just wait and watch.

On a positive note, I think that everything is falling into place for India. We are more politically mature, and I think that in the next 10 years, there will be a place for a political party that focuses on women and women’s issues. I do not expect this to happen, but surely there is place. I am also expecting the AAP to be more and more influential in the coming years. They have some very capable and honest leaders, and they have the power to bring about positive changes.

Also, we will know this time how influential social media can be. The good part is that politics now matters to every section of society, from Mumbai socialites to the poor. So let us wait and see how this election unfolds.

As told to Vignesh Jeyaraman. This interview has been condensed and lightly edited for clarity.

Manu Joseph, a columnist for the New York Times and a former editor of OPEN magazine, is the author of Serious Men and The Illicit Happiness of Other People.

Share this Story
Previous: ‘I will make a Sardar Patel statue nearly double the size of the Statue of Liberty and call it the the Statue of Unity’
Next: The recipe for democratic engagement

An ever passionate writer. Believe that there is so much to know, explore and write. News, stories and words light up my life. Truly believe a true story can change lives.