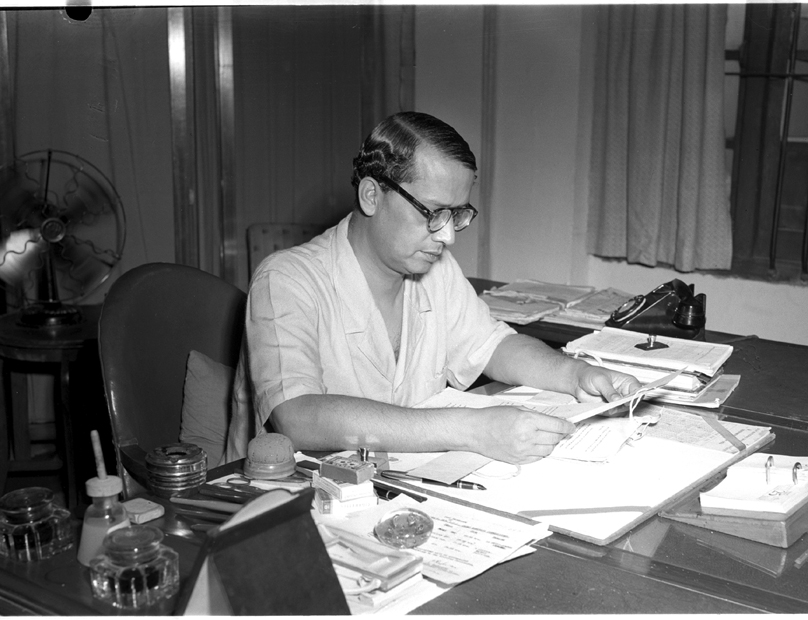 India is merely a geographical expression… To leave India to the rule of the Brahmins would be an act of cruel and wicked negligence… the judicial, medical, railway and public works departments would perish and India will fall back quite rapidly through the centuries into barbarism
–Winston Churchill, later Britain’s prime minister, at the Royal Albert Hall, December 1930

India is a land beyond explanations, an extraordinary country — one of the world’s fastest growing major economies, home to the world’s most watched cinema, and the second most populous country with over 1.2 billion residents. India is the largest English-speaking nation and its cricket team is currently world champion. And, despite its enormous social and political diversity, it shows remarkable tolerance in situations of classical conflict.

It is, however, not the present but the past that makes India so remarkable. India undertook one of the most astonishing journeys for freedom. And its future depends on how well the nation understands its past crises and how the fathers of modern India worked to win freedom with compassion and creative thinking.

One giant of modern India, a person of critical importance in his time but largely forgotten today, was Sukumar Sen, mathematician, civil servant and, most importantly, the man who set up our extraordinary electoral system.

Sukumar Sen was born during the famine of 1899 in a Bengali Vaidya-Brahmin family. He studied in Calcutta’s Presidency College and graduated from the University of London with a gold medal in mathematics. His contribution to India began in 1921 when he joined the prestigious Indian Civil Services. He also served as a judge before becoming chief secretary (the highest position an ICS officer could aspire to under the Raj) of West Bengal, holding the office from 1947 till 1950. In March 1950, a year after the Election Commission of India was established, Sen became India’s first chief election commissioner, in which role he supervised the general elections of 1952 and 1957.

Sen took great care while designing the electoral system; he knew democracy meant an opportunity for everyone to participate in decision-making. He was confronted with 176 million Indians aged 21 or above, of whom more than 85 per cent lacked even elementary education. The Election Commission had to identify and register each adult inhabitant. After all voters were registered, a coordinated series of activities had to be undertaken to design party symbols.

The first general elections saw candidates being chosen for 4,500 seats for the Lok Sabha as well as the state assemblies; 380,000 reams of paper were consumed to print ballot papers, 389,816 phials of ink were used to mark voters, 2 million ballot boxes were made out of 8,200 tonnes of steel. Sites were chosen to set up 224,000 polling booths, 16,500 clerks were recruited on six-month contract to design the electoral process, 56,000 officers were selected for supervision, 280,000 volunteers and 224,000 policemen were deployed for honest administration of the polls and to protect voters against aggression and misconduct. All India Radio and films were used to educate the public about the elections — 3000 films were shown around India. In mountainous areas bridges were specially built; for small islands boats were used to ensure people’s participation.

One of the greatest challenges Sen faced, however, was social. For instance, women in Northern India were reluctant to give their names to the officials preparing the electoral rolls as they were habituated to being known by association with one or the other family member, such as Ramu’s mother or Shyamu’s wife; so they had registered in that fashion. Sen was outraged when he saw this and directed his officials to rectify the records. As a result, some 2.8 million women struck their names off the list. But historians now believe it was a good move to force them to register with their own identity and helped to establish women’s equality with men; most women who dropped out in the first election added their names in subsequent elections. This was the first time in history when every adult, regardless of race, sex and social stature, was granted the right to vote at the same time in true universal adult franchise.

With the democratic tradition taking root in the national psyche, electoral contests are now being articulated with a unique vocabulary: colourful, vibrant and seeking total participation. A fair, stable and robust election system has been one of the most striking features of Indian democracy, but this would have not been possible without the remarkable vision and dedication of its architect.

Sukumar Sen was later invited by Sudan to oversee its first general election. The media there announced him as a man of extraordinary skills for his ability to organise elections in daunting circumstances.

Sen was also a thinker; he raised serious doubts about Western claims over the idea of democracy, arguing that, in fact, ‘republican forms of government existed in many parts of ancient India’.

Historian Ramachandra Guha calls Sen ‘the man who had to make the election possible, a man who is an unsung hero of Indian democracy. It is a pity we know so little about Sukumar Sen. He left no memoirs and, it appears, no papers either’. It is sad that a man of such distinct intelligence and integrity has slipped from public memory and been reduced to a mere geographical expression (G T Road in Burdwan was renamed Sukumar Sen Road).

Sukumar Sen still awaits his biographer. His contribution deserves to be recognised with the Bharat Ratna, and Indians owe him a debt of gratitude.